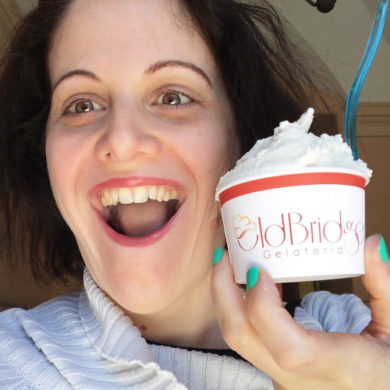 Stephanie Fuccio is nestled in a space in between cultures. The Geopats podcast started out as a re-reading and reflection of an expat blog she wrote in 2003 when she first moved to Asia. But it quickly evolved into a collection of other expats projects featuring interviews with inspiring expats and geopats globally. Three types of episodes are…featured – Virtual Expats, Bookish Expats, and Changing Scripts. In addition to this podcast Steph regularly takes part in various podcasting group live streams and in person in Shanghai, China, where she is currently living. She runs Beginning Expat Podcasting Workshops and is amping up to do voiceover work as well. Part of her mission in spreading the word about expat podcasting is this in between place that many of us live in, we are part from a place and part in a place.

Three Expat Podcasters share their unique experiences from outside their passport countries. Steph Fuccio produces a locationless expat podcast, Geopats, where she interviews expats/geopats from around the world about their Internet, language and book experiences in their host countries in long form interviews. Greg Jorgensen’s co-hosted Bangkok Podcast dives deep into many aspects of living in Bangkok through their expat lens. Eric Olander’s co-hosted China in Africa was produced about the China-Africa relationship from China while his co-host was in South Africa but Eric has recently relocated to Vietnam. Tune in to hear how our experiences are similar and different from each other and what advantages and challenges we face as expat Podcasters.