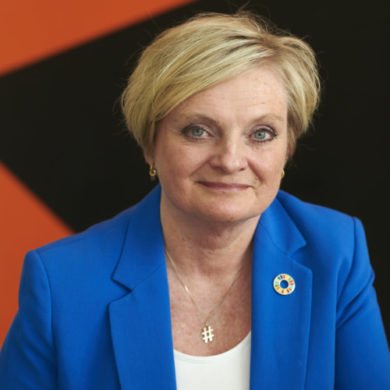 Lena Gothberg, a shipping businesswoman and an influencer, who has taken upon herself to get the shipping industry more visible. Earlier in her career, Lena had the responsibility of Secretary-General of the Institute of Shipping Analysis in Gothenburg, where she is based. She has been the host & producer of the Shipping Podcast…since 2015, inviting the world into the shipping industry, giving a voice to maritime professionals, and changing the perspective of a traditional industry. The Shipping Podcast is downloaded in 165+ countries around the world and with 120 episodes, where 57 of the interviewees are women in the maritime industry; this is where the female voices of the maritime industry get heard.

Lena has been the host & producer of the Shipping Podcast since 2015, so she will be sharing what she has learned after four years as a podcaster and producer, what her success looks like in niche industry, and key milestones that happened because of her podcast (invitation to Colombia and attending Podcast Movement). She will touch on the necessity of having a network of podcast pals, a key part of her success in podcasting.