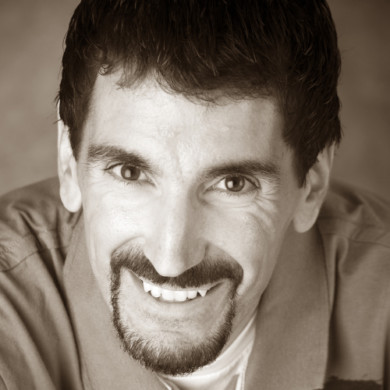 Bruce Wawrzyniak is the host of two weekly podcasts, “Catholic Sports Radio” and “Now Hear This Entertainment.” He also has been a speaker at events in the podcasting industry across the United States. Plus, from August 2017 to February 2019 he hosted the bi-weekly podcast, “TASCAM Talkback,” which was a podcast for podcasters and streamers. A new episode of “Now Hear This Entertainment” has been delivered on-time, every week since February 2014 (Episode 350 will drop in mid-October) and has gotten listeners from 153 countries around the world. On that show Bruce interviews guests who are having success in entertainment (primarily music) and has interviewed some high profile names. Meanwhile, “Catholic Sports Radio” launched in February 2019 and, despite its name, does not have scores being reported, nor does Bruce talk about wins and losses or statistics. Instead, interviews are done with guests who are Catholics in sports — current or former athletes, coaches, referees/umpires, clergy, administrators, and more, from the pro, amateur, and scholastic ranks — about the intersection of their faith life and their sports life. Bruce has also written for IndiePodcastNews.com.

As part of International Podcast Day 2020, Bruce will talk about the circumstances surrounding what he says was his calling to launch, in February 2019, the weekly “Catholic Sports Radio” podcast, despite already doing another weekly podcast and juggling his workload too. Few, if any, podcasters will tell a story that involves being on a riverboat during a business trip to Brazil and feeling called to do their podcast while out on the Amazon River. But this is exactly where Bruce’s story starts, leading him to the show that so far has gotten listeners from 53 countries around the world and some very notable guests.

Find Bruce’s video on our 2020 Broadcasts page along with other videos, or check it out on YouTube.